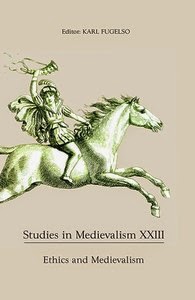 Ethics in post-medieval responses to the Middle Ages form the main focus of this volume. The six opening essays tackle such issues as the legitimacy of reinventing medieval customs and ideas, at what point the production and enjoyment of caricaturizing the Middle Ages become inappropriate, how medievalists treat disadvantaged communities, and the tension between political action and ethics in medievalism. The eight subsequent articles then build on this foundation as they concentrate on capitalist motives for melding superficially incompatible narratives in medievalist video games, Dan Brown's use of Dante's Inferno to promote a positivist, transhumanist agenda, disjunctures from medieval literature to medievalist film in portrayals of human sacrifice, the influence of Beowulf on horror films and vice versa, portrayals of war in Beowulf films, socialism in William Morris's translation of Beowulf, bias in Charles Alfred Stothard's Monumental Effigies of Great Britain, and a medieval source for death in the Harry Potter novels. The volume as a whole invites and informs a much larger discussion on such vital issues as the ethical choices medievalists make, the implications of those choices for their makers, and the impact of those choices on the world around us.

Karl Fugelso is Professor of Art History at Towson University in Baltimore, Maryland.

Posted by Blog Editor, The Association for the Advancement of Scholarship and Teaching of the Medieval in Popular Culture at 1:46 PM No comments: